Most of us have heard the phrase “a license to learn” enough times that it’s cliché. It exemplifies how a pilot certificate should not be viewed as a badge of all-knowing wisdom, but rather a humble acknowledgement that one has only begun to learn.

As a 14-year-old in 1986, I was thrilled to be selected to attend the Civil Air Patrol Illinois Wing Glider Flight Encampment in Mattoon, Illinois. I was two years away from a driver’s license yet here I was — about to be a hotshot glider pilot! The weather was beautiful, the airport and flying environment were thrilling, and I felt like one of the chosen ones. I was also thankful that my 60-year-old instructor, Dutch, was kind, gentlemanly, and a fantastic instructor. But after soloing at the end of the weeklong encampment, Dutch shook my hand and said, “Steve, you’ve accomplished something great, but don’t ever let pride get in the way. You’ve only begun to learn. Always remember, the learning process is never-ending.” Those words have stuck with me for my 34 years of flying — mostly.

As a teenager, I quickly forgot those words. Luckily, nothing terrible happened. I simply became arrogant as I continued with powered flight training at the flying club at Glenview Naval Air Station near Chicago. Honestly, my instructor was terrible, hated teaching, and had a bad attitude. Paired with a teenager who thinks he knows stuff — well, it’s not a good combination. I simply didn’t know what I didn’t know. By age 17 I passed a very easy private pilot checkride at Waukegan, Illinois. When a checkride is that easy, what else do you really have to learn?

By the time I started college at age 17, at the University of Illinois Institute of Aviation, that’s when Dutch’s words finally hit me: The learning process is never-ending. The Institute was tough. Very tough. The A&P curriculum was kicking my tail daily and I quickly realized that, in the professional pilot program, it was all about learning, testing, and performing to the highest standards. If one was there for fun, kicks, and the college experience, then failure was right around the corner. I figured this out quickly, putting more effort into my training than I thought was ever possible. The fun meter was pegged at zero, and the stress of learning and achieving was tremendous. But, thanks to good school leadership, good instructors, an ultra-competitive flying team, and perfectly maintained aircraft, I knew I was in a good environment. They weren’t teaching me to fly. They were teaching me to be a professional, which has nothing to do with flying for a career but rather is a mindset, and to realize that a pilot’s real goal is to continue learning. The learning process is truly never-ending.

Fast forward 30 years. I’m now a Boeing 737 captain. We’re in Austin, Texas, and we’re taxiing out for departure on a rainy November night. Reported weather is OVC12, but arrivals are breaking out on the ILS at 700 feet AGL with around 1-2 miles visibility in moderate rain. Holding short of Runway 17R, and listening on the tower frequency, we heard the controller talking to a Cessna 182. “Do you have the airport in sight?” the controller asked.

“Not yet,” replied the Cessna.

The situation was getting dire. All departures were halted. In our cockpit, we began monitoring the departure/approach frequencies, as the radar controller was vectoring all inbound jet traffic out of the way. The tower controller was doing everything to help: turning the airfield lights to maximum intensity, issuing headings, describing where to look for the field, and telling the pilot, “You’re cleared to land, whatever you need.”

In a shaken voice, the pilot stated, “Go back north. Get GPS tuned.” After understanding that the pilot needed an instrument approach, vectors back north were issued. The pilot’s radio transmissions were nonstandard, including phrases such as “proceed northeast bound.” That’s when things unraveled even more. Receiving instructions to fly heading 080, the pilot entered an uncontrolled climbing 360-degree turn.

Watching the flight path, the controller frantically called, “I need you on a 080 heading! Maintain 3,000!”

“A little confused. Trying to keep my wings level,” called the Cessna.

Badly shaken and attempting to follow the controller’s instructions to call the departure frequency, the

pilot entered another 360-degree turn and called, “Austin approach, uh.” The tower controller advised that the pilot was still on the tower frequency and issued two more instructions to call departure.

Finally on the departure frequency and heading northeasterly, the pilot called, “Want to get in and land on 17L.”

The controller asked, “It sounds like you’re requesting an IFR. Are you IFR qualified and capable?”

Seeing that the pilot wasn’t complying with heading instructions, and after four turn assignments, the Cessna entered another 360-degree turn. Finally, on a southerly heading and aligned on the 17L localizer, the controller said, “Maintain 3,000 until established. Cleared for the ILS 17L.”

The pilot replied, “Cleared to land,” prompting the controller to correct him. “Negative, cleared for the ILS 17L.” After switching to the tower frequency, a landing clearance was issued, and upon landing and clearing the runway safely, the tower said, “Taxi [to the FBO], and call the tower at this number after you park.”

This was a terrible story, which thankfully did not have a tragic ending. Doing a bit of research, I found that the pilot was a very prominent businessman. He had an instrument rating with 2,000 hours, according to articles that described his acumen and accomplishments.

I don’t know the outcome after the event, but this is not a rare occurrence. This is not a one-off situation in aviation. This type of thing happens all the time, often to small degrees, but at other times with major consequences.

It begs the questions: Did the pilot not know how to fly on instruments, despite having an instrument rating?

Did the pilot know how to hand-fly an ILS? When was the last time he read the Aeronautical Information Manual (AIM)? Does he engage in continuing education? The questions just continue, and they all point to the same thing: the learning process is never-ending.

Proficiency and knowledge are key. As you read this, please, and I mean this sincerely, pat yourself on the back. You’re learning, and you’re doing so continuously; just by reading this publication you’re improving your knowledge. You’re staying engaged and wondering what you don’t know. The wonderful articles in this publication, the pilots you speak to, your commitment to read the AIM and brush up on Part 91 and other regulations, and your focused learning process are exactly what we mean when we preach to be a professional pilot, and to understand that the learning process is never-ending.

In the world of career piloting, with 34 years of flying and 14,000 hours, I do a little soul-searching on every drive to the airport. I tell myself to watch out for complacency.

I think about what I might encounter, including the unexpected. I chair-fly on my drive (I find that watching for traffic while reciting rejected takeoff and engine failure procedures helps me stay proficient with juggling multiple tasks). I prepare myself to learn from things that might occur. And I spend some time on my trip getting in the books, reviewing limitations, relearning procedures that we might only see once every few years, reading safety publications, and learning what I can from the professional pilot seated next to me.

A doctor, trainer, or nutritionist will tell you that eating healthily and exercising are not “check the box” events — they’re never-ending processes. Your approach to airmanship must be the same. The following is a learning to-do list, but don’t just check them off — revisit them often for the rest of your flying days: read the AIM; read your pilot’s operating handbook (POH); if you have an autopilot and advanced avionics, read those manuals; seek training materials, videos, and websites; read NASA ASRS reports; read publications like this; read NTSB reports and publications; and talk to other pilots and stay engaged in pilot groups and organizations.

It’s all about being a professional pilot, and we can all strive for that, whether we fly for a career or not. If these are the same standards you’d expect from a heart surgeon (and you should expect them), realize that these are the same standards that your passengers, friends, and family have of you as a pilot. Go out and learn, and never stop. Your total flight time, whether low or in the tens of thousands of hours, is never an indicator of knowing it all. Nobody knows it all, but a professional pilot always strives for that goal. 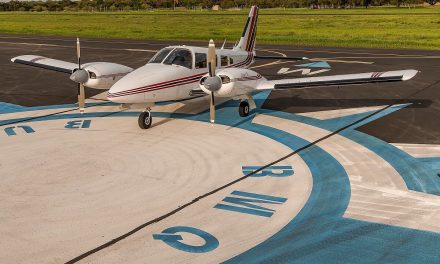 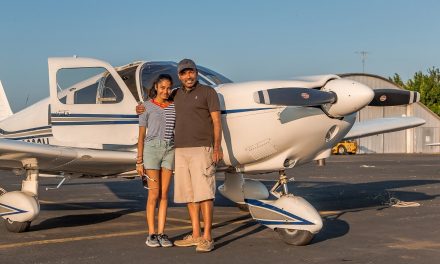 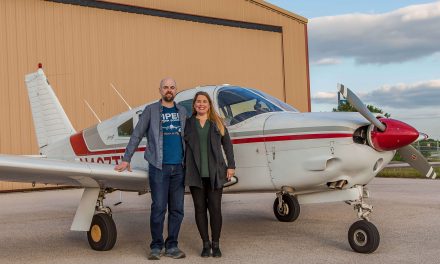