Welcome to the Piper Owner Society! Sign Up for Your Exclusive Arrow Webinar Here 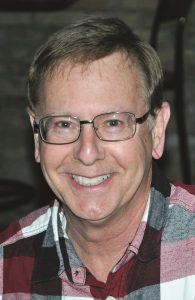 All membership benefits + Arrow Webinar only $47

“What Every Arrow Owner Needs to Know”

What You Will Learn

Arrow Story from our Magazine Archive

The Piper Arrow is one of the oldest and most reliable production airplanes in the industry. Here’s why.

Reliability takes on a whole new perspective when the vehicle in question shifts from a motorcycle, car, or truck to an airplane. After all, the normal consequence of an engine failure in a vehicle confined to land is that it rolls to a stop and it’s simply time to call the auto club.

Conversely, a pilot’s problems are only beginning when the engine fails, and the consequences of mismanaging the emergency landing can be considerably more severe.

For that reason, engine reliability is one of the primary concerns of many aviators. TBO can be a major consideration when operating an aircraft, but an equally important measure of an engine’s ability to continue running in adverse conditions is how many times it has to visit the shop between overhauls.

The Lycoming 0-320 and O-360 series engines are almost universally regarded as perhaps the most bulletproof of power plants. They’re essentially the same engine bored out an additional 40 cubic inches. The O-320 (carbureted, horizontally opposed, four cylinder) was the standard engine installed on all the entry-level, four-seat Pipers, and the O-360 and IO-360 power plants (the latter an injected mill) were employed on the Piper Archer and the Arrow.

Since the Arrow is the subject of discussion, Lycoming’s little IO-360, developing either 180 or 200 hp, was the engine of choice, and it was an excellent choice indeed. The early Arrows, 1967 thru 1969, were virtual copies of the Archer from the underwing up. The Archer was a popular fixed-gear airplane that was created to appeal to pilots seeking a little more power than the Cherokee 140/Warrior. The initial retractable Arrow used the 180-hp engine, and the 200-hp version became standard equipment in late 1969.

TBO was set at 2000 hours, a number that was actually attainable, unlike the optimistic estimates placed on some engines. If operated regularly in moderately dry climates, run consistently, and serviced with new oil every 25 hours, many IO-360s in Part 91 operation lasted far past the published time between overhauls, some as long as 2500 hours. When there was a problem, it was usually nothing worse than sticking valves, though even that could sometimes ruin your day.

(Piper also experimented with the IO-720 engine on the Comanche 400, essentially a pair of IO-360 welded together end-to-end to produce a single, behemoth, horizontally-opposed, eight-cylinder, 400-hp monster. Remember that avgas in the mid-1960s was about $1/gallon, so the 20-22-gph fuel burn wasn’t as intimidating as it would be today. Though the basic engine was reasonably reliable, hot start irregularities and other problems with magnetos, starters, etc., doomed the model to a short two-year run.)

The IO-360 in the 200-hp version enjoyed a specific fuel consumption of .40 lbs/hp/hr, so a typical 75 percent cruise setting resulted in a theoretical fuel consumption of 10 gph. By the time theory met reality, that number was closer to 10.8 or 11.0 gph, still reasonable economy.

Of course, the engine wasn’t the only feature of the Arrow that smacked of reliability and supreme functionality. Like the Cherokees before it, the Arrow featured Johnson-bar, manual flaps that clicked through three deployed settings along with full up. This allowed extending or stowing flaps in a second or two—a mixed blessing, as the flaps were so powerful, they could over control the pitch attitude if you became too enthusiastic. At least, the mechanism was perhaps the most reliable possible method of extending and retracting the flaps, not to mention the fastest. Later Arrows switched to electric flaps that worked slower, and were more efficient, but far less fun.

The Arrow also sported a durable and effective suspension system. Oleo struts all around gave the Arrow a reasonably smooth ride on rough surfaces, unlike the Arrow’s chief competitor, the Mooney Executive, that used rubber doughnut suspension on the main gear. This imparted a rougher transition across bumps in the taxiway, though neither airplane was appropriate for off-airport operations.

Arrows from the very beginning (1967) utilized an all-flying, stabilator tail design rather than a conventional stabilizer and an elevator. This provided copious pitch control and made the airplane more responsive at low speeds and high angles of attack.

Roll rate was appropriately slow, considering that the airplane was at least partially intended for pilots stepping up from lesser-powered, fixed-gear Cherokees and seeking a high-performance endorsement. Many new pilots liked the airplane’s roll and pitch response. Some even judged it as marginally quicker than the Mooney’s.

The wing on the Arrow started off as a standard, fat, Piper airfoil, a creation of Fred Thorp and John Weick, a section known for extremely docile stall and almost totally benign handling. In 1977, Piper adapted the semi-tapered Warrior wing to the Arrow, allegedly conferring an improved roll rate and slightly less drag. The better control response was barely apparent, but by any measure, the new wing was an aesthetic success.

As if all that wasn’t enough, the original Arrow’s premier attraction was something no one else in the industry had, at least, not at first. The PA28R-180 flew above an automatic gear extension system. (Both Bellanca and Beech copied the feature and offered their own systems.) This was basically an aneroid device that sensed when the airplane’s speed subceeded 80 knots and would lower the wheels automatically to avoid the dreaded (and expensive) gear-up landing. Since the Arrow fat wing made it nearly impossible to land at 80 knots, this feature made it nearly impossible to touch down with the wheels in the wells.

In theory, this protected the Arrow from pilots who forgot to extend the gear, but some pilots still managed to find a way to land the airplane on its belly. The automatic extension system was almost bound to work too well, and sure enough, it did exactly that. There was a cut-out lever that allowed a sales rep to sidestep the auto-extend feature to demonstrate a short field, obstacle takeoff or a go-around. In keeping with Murphy’s Law, some salesman forgot the cut-out and landed with wheels in the wells.

In another instance, the automatic gear system extended the wheels when the pilot of an Arrow with a dead engine attempted to glide to an airport. The airplane landed short and generated the inevitable lawsuit. After the settlement, Piper deleted automatic gear extension on any future models. Welcome to the irresponsible United States of Litigious America!

Despite the fact that both the Arrow and Mooney 201 used the same engine and horsepower, the Arrow couldn’t come close to the Mooney’s performance. The 201 climbed better, was at least 10-15 knots faster, and had a higher service ceiling, but none of that seemed to matter as the Arrow quickly closed the sales gap with the Mooney and stepped out in front as the world’s most popular retractable.

No matter what you may think of Mooney Executive/201 vs. Arrow, the Piper survived, while Mooney phased out its 200-hp model in 1997. The Arrow is still regarded as the least expensive high-performance retractable on the market, though its future is uncertain.

As mentioned above, performance isn’t the Arrow’s strongest suit. Takeoff distance over the ubiquitous 50-foot obstacle is 1600 feet, fairly typical for the 200-hp retractable class. Even at sea level a fully loaded airplane scores less that 700 fpm, though Piper lists service ceiling at more than 16,000 feet. The Arrow probably wouldn’t work well at typical Rocky Mountain, mile-high density altitudes in summer, but for most East Coast and Midwest airports, it would serve reasonably efficiently.

Cruise speed is nothing to write home about, something between 135-140 knots, but speed isn’t that relevant in an airplane that’s likely to be utilized primarily as a trainer. The later Arrows did come equipped with 72-gallon tanks, however, and at a fuel burn of about 10.8 gph, you could plan on lingering aloft for perhaps 5.5 hours plus reserve. In no-wind conditions, that translates to about 700+ nm between fuel stops. If you’re willing to throttle back and use 55 percent power, you might stretch that as far as 800 nm. That would allow you to manage one-stop transits Eastbound from coast to coast in the lower USA.

Runway requirements are short enough to allow access to most 1500-foot-long, unobstructed airports that sane folks would want to visit, and even adding the ubiquitous 50-foot obstacle would still allow takeoff and landing in less than 2000 feet.

Of course, the Arrow’s primary claim to fame is that it’s an amazingly easy airplane to fly. Full flap stall speed is only 45 knots, so you needn’t feel out of your depth flying approaches at 65-70 knots. The flare is so easily predictable and the payoff so incredibly gentle that practically anyone can feel confident after only a few hours in an Arrow.

If you’re interested in acquiring an Arrow, there are a veritable plethora (is there any other kind?) of airplanes available, dating from the original 1967, 180-hp models with the old Hershey bar wing ($40,000) to the latest 200-hp airplanes with the semi-tapered wing, the latter probably still available at a list price near $400,000. Along the way, there was a turbocharged model, along with a T-tailed version that many at Piper thought was stylish. Unfortunately, it didn’t sell well and was discontinued after a few years.

Whichever model you choose, you’ll be selecting one of the most reliable retractables on the market, an airplane that can transport you from where you are to where you need to be in reasonable time with excellent safety.

All specifications and performance figures are drawn from official sources, often the aircraft flight manual or the manufacturer’s web site. Another reliable source of information is Jane’s All-the-World’s Aircraft.