Limited Rental: Can I rent to my friends?

Have I talked about the term “pilot math” before? I usually discuss pilot math when I am sharing details about the cost of ownership. For example, most of the calculations about owning an aircraft are based on the idea that the average pilot operates their aircraft about 100 hours a year.

Think about the 100-hour inspection. To be honest, I don’t even know when the 100-hour idea started, but it was a long time ago. The 100-hour inspection is a way for commercial operators to provide a “mini” annual inspection on an aircraft throughout the year during regular operations. If the plane is flying a lot, you should be checking it to make sure it meets the safety standards that you would normally check during an annual. But since the plane is flying more than the average person’s 100 hours a year, it’s more regular than the yearly requirement. Make sense?

What this also shows is the industry figured the average person should fly about 100 hours a year. Maybe that was so at one time, but it doesn’t seem to be the case now. A few years ago, the industry average was about 55 hours a year. But in today’s aviation climate I think it is closer to 25-30 hours a year. That’s not very much when you are calculating the cost of operation.

If you fly 100 hours a year and the operational cost of the aircraft is $100 an hour, then flying 200 hours a year reduces the cost per hour to $50. The more you fly the cheaper it gets. I always hope that if I fly 500 hours a year, I will get money back. Yes, I know, it doesn’t work that way. My wife’s an accountant and she said that’s not possible, but I can still dream, right?

Anyway, it’s also true when you go the other way. The less you fly the more it costs per hour. So, if I am only flying 50 hours a year it’s probably costing me $200 per hour to operate.

In aviation, almost everything we do is “by the hour.” The goal then is to fly as many hours as possible to keep the cost per hour as low as possible.

To do this you could take on partners. This helps keep the airplane flying more, reducing the cost per hour and of course getting help to cover the costs. Personally, I have never been very good with partners, but I know many people that have very good partnership arrangements.

You could also start a flying club with your airplane; increasing the number of people who fly the airplane can reduce the cost per person, but it can also increase the headaches of scheduling, maintenance, insurance, and more.

If you could use a little help in covering the costs of the aircraft, maybe you could “rent” the aircraft, on a limited basis, to other people. This could help increase the hours the plane is used and keep the hourly costs down — without giving up any ownership of the aircraft.

What the FAA says

There are a few issues associated with “limited rental.” First, it sounds like you said rental. So, one issue is the FAA. The other is the insurance underwriters. Neither are insurmountable issues, but still very important to the decision.

You have probably seen me talk about this before, but it bears repeating. The FAA has guidelines that must be followed when sharing the costs or being reimbursed for the cost of the aircraft. Otherwise it is considered rental.

FAR Part 91 has a section about overall use of the aircraft and charging for the use. In the past it has been understood and implied that reimbursement is just for fuel and oil. But often that is just not enough help. How can a person let someone use their aircraft and only pay for fuel and oil? What about the maintenance, the hangar, and insurance?

This is what I would call “limited rental.” Limited means we are not just letting anyone walk in off the street and use the airplane. It is a very controlled use and limited to a very small number of pilots.

For example, I own an aircraft and I decide to let my friends use the aircraft. The friends agree to pay me for the use of the aircraft. They will reimburse me for the cost associated with their use on a per-hour basis. I make them buy the fuel they use. Simple enough, you say, so what’s the problem? If I am going to charge the users for more than the fuel and oil, I may be skirting with commercial rental rules. And commercial rental means that the FAA could require that my aircraft go through a 100-hour inspection program (and other requirements) in addition to the annual inspection.

Whoa! All I am doing is letting a few friends fly and help me cover the costs!

It’s not necessarily that simple as far as the FAA is concerned. But they aren’t the only ones that you have to worry about.

If you own the aircraft and have placed insurance on it, the insurance policy will include some sort of exclusion regarding the lack of coverage for commercial situations (unless the policy is specifically for that purpose). Many insurance companies will state that there is no coverage if the FARs are broken. If you rent your aircraft and it is not approved for operation as a commercial aircraft, have you broken the FARs? If so, then you’ll have no insurance coverage.

Additionally, many polices have what is called an “open pilot warranty” or OPW. This is a statement that allows a pilot that has your approval and meets the minimum requirements that are stated in the OPW to fly your aircraft and the insured would still be covered. If you have a named pilot policy, only named pilots are covered! Not only could you get in the spot of breaking the FARs, but from the insurance company’s standpoint, you might be letting someone fly the aircraft who is not covered by the OPW and you are breaking the FARs!

The best insurance coverage would be if you named the “limited rental” pilots on the policy. Remember, though, if you get too many people using the aircraft, the insurance company will consider it a flying club (or commercial). Each company’s “flying club” numbers vary but it is typically about five or more; one company considers it a club if there are more than three pilots/owners. If it’s not a flying club it will be rated as a commercial rental use. This will raise your premium or even terminate your policy. A word of warning: don’t add and remove pilots on a regular basis or the insurance company will become suspicious and change the policy to commercial or terminate it. The premium increases can be substantial: three to five times the pleasure/business rate. If you want to share expenses with others it is important that you do not have a large number of people involved.

How to make it work

So apparently there isn’t a good way to have someone pay you for the use of your aircraft, right? Well, maybe. With a little persistence and a good lawyer, you could come up with an alternative. Make sure that you read the FARs and consult with your local flight standards office on how they feel about sharing. The key seems to be that they do not want the owner to be making money on the use of the aircraft. In most cases, this isn’t actually a problem. Most FBOs claim that they don’t make any money renting aircraft.

In one example, a few people have drawn up an agreement for cost sharing the aircraft. One person owns the aircraft and the other people fly the aircraft and pay a per-hour charge along with fuel costs. The arrangement allows for the reimbursement of cost for the maintenance, hangar, and insurance. The agreement was reviewed by their local flight standards offices and the result was a statement that the FAA did not see any basic problems in the agreement. They, the FAA, made a comment that they did not know of any regulation that would prevent a person from leasing his aircraft to another person as long as the sharing arrangement was not designed to make money on the aircraft. (This is a recurring theme!) This is an important concept because if the whole situation is to share costs, not make a profit, the owner can charge a fair per-hour cost and not violate a FAR as long as they don’t make money.

A few aviation insurance underwriters have actually added what’s called a “limited rental” endorsement. This would allow you, the owner, to “rent” the aircraft to a couple of named pilots. The insurance underwriter just requires that you name the pilots and that it is all done according to the FAA guidelines.

Of course, adding pilots will probably change the premium, so be prepared. And again, do not add and remove pilots regularly — that looks like commercial use. 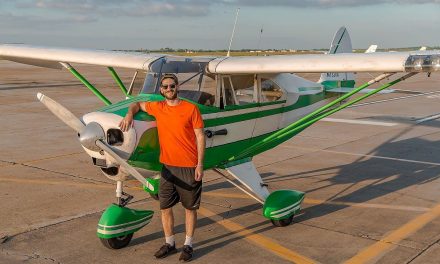 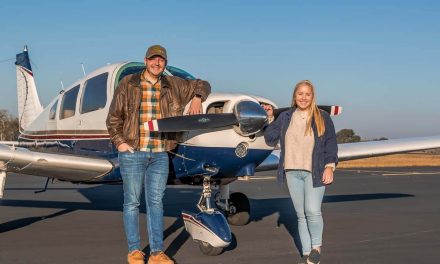 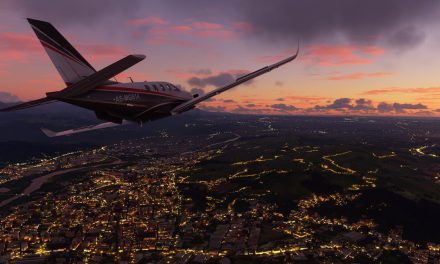