June 5, 2020 – The FAA issued a supplemental notice of proposed rulemaking on Wednesday reopening the comment period on the proposed AD 2018-CE-049-AD affecting wing spars on several PA-28 and PA-32 models. The original proposal was prompted by a fatal crash in April 2018 caused by wing separation due to a fatigue crack in the lower main wing spar cap.

Read more about the proposed AD.

It also no longer allows for the use of a used wing spar in the event a replacement is necessary; only a new part may be used. The SNPRM also proposes to require the use of the eddy current inspection outlined in a service bulletin issued by Piper in March instead of the inspection procedure outlined in the NPRM.

Because this SNPRM outlines additional costs and procedures over the NPRM, the FAA has reopened the comment period through July 20, 2020. Comments can be made via the Federal Rulemaking Portal, by fax to 202-493-2251, or by mail to the U.S. Department of Transportation Docket Operations department.

The NPRM received nearly 170 comments with only a small number supporting the original proposal. The FAA stated in the SNPRM that many commenters requested additional background information on the accident plane that prompted the proposed AD. All publicly available information related to the aircraft’s history and the accident is available in the NTSB’s accident docket.

Additionally, several comments were received questioning whether inferior metal could be a factor as Piper changed suppliers in the 1980s. Tests conducted by the NTSB Materials Laboratory determined the spar material conformed to the type design. Corrosion due to environmental factors was also ruled out as a contributing factor.

There was some confusion related to the formula used to calculate the “factored service hours,” specifically the divisor of 17. This is clarified in the SNPRM as being designed to account for the difference between normal use and training use. Aircraft inspected under 91.409(b), pertaining to aircraft used for flight instruction and carrying passengers for hire, can use time in service hours for factored service hours. 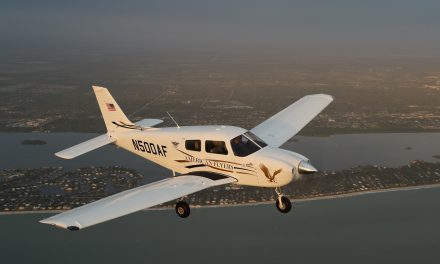