After all the discussions and gnashing of teeth, here we are — 2020! ADS-B is fully implemented (except for those who waited too long) and we are entering a new decade; GA aviation and GA avionics are off to a pretty good start. In the 6-plus years I’ve been writing these articles, I’ve tackled the perfect panel idea twice. It’s time to revisit it again. Not because the equipage that you need to fly VFR, light IFR, or true IFR has changed, but because the equipment options have changed. This will be a three-part series starting with VFR. Look for a discussion on light IFR in the next issue and medium-plus IFR to follow. Let’s start by identifying the way a VFR pilot flies.

Everyone starts out VFR. The day you get your private pilot certificate you are officially a VFR pilot. While the temptation to “become a better pilot” suggests that an IFR ticket is the next step, for one reason or another a percentage of new pilots choose to remain VFR. FAA statistics suggest that about 35% of the U.S. pilot population is VFR-only rated. Certainly the budget for flying is a major factor. An aircraft that is conducive to IFR flying and is so equipped can be a significantly larger investment. If your motive for flying is fun, let’s face it, you’re less of a candidate for IFR flying. The key letter in VFR is “V” and that stands for visual. You fly when the weather is cooperative and stay on the ground and talk airplanes when it is not. In my previous articles on this subject, I focused on a basic VFR panel: What you need to have to fly VFR. It dawns on me as I write this that sometimes even VFR pilots want more than the basics (a single comm), so we’ll talk basic and we’ll also talk about a VFR panel that’s a few notches up from basic and just short of light IFR.

First, let’s identify what types of avionics should be there and then we will visit all of the current avionics that can fill that role.

The used avionics market is getting thin. Used avionics that were viable even in my last perfect panel discussion are no longer a consideration.

Where there is a good used option, we’ll talk about it.

The COM 2000 has a full 8 watts of transmit power and offers an easy to read alphanumeric LED display. You can store 15 preset frequencies and add your own alphanumeric identifiers to make them easy to find. Auto squelch with manual override is available as is an RS-232 interface that emulates the Garmin SL-40 protocol and allows the COM 2000 to interface to EFIS units allowing you to transfer frequencies. Labor is about 10 hours.

The A-220 has most of the modern features you see in more expensive models. The IC-A220 also offers a built-in two-place intercom. This could work but only if you choose to have a single comm. Installation is about 10 hours.

The TY96 is a jump up in features from the Icom including a “say again” feature that allows you to replay ATC transmissions. This could be big if you have a single comm. The TY96 also allows you to store 200 airport frequencies and identifiers into the radio via a USB port. The unit has a built-in two-place intercom. Installation should be about 10 hours.

The Garmin GTR, as you would expect is a fully featured comm. Garmin’s previous comm was the SL-40 that was developed by UPSAT and acquired by Garmin when it bought out UPS.

It also has a two-place intercom option built in.

unless you plan to sell the aircraft in a year — the new comms above with full 2-year warranties make the most dollars and sense.

Most VFR airplanes already have an intercom, but if you’re adding one my advice is to go with PS Engineering. Keep in mind that the installation of an intercom (radio interface plus headset jacks) can cost almost as much as installing an audio panel. PS Engineering intercoms start at $395 and its excellent audio panels start at $845 (less markers). This may be the better decision. 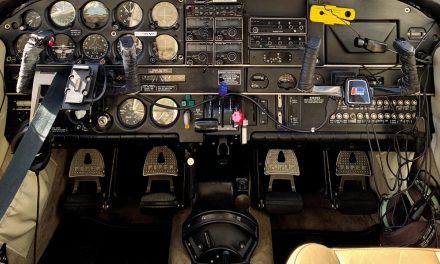 Buy an Airplane, Get a Panel 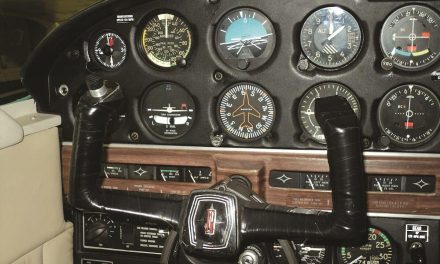