The Piper Aviation Museum is pleased to announce the generous donation of a Piper Comanche 400 to the museum by James Lincoln Fisher and Janet E. Fisher of York, Pennsylvania. This is a very special Comanche 400 in that it is the first production example and was used in the final certification of the type by Piper with the FAA at Lock Haven in 1963. It also appeared in Piper advertising and was on the front page of the Comanche 400 brochure.

Both Mr. and Mrs. Fisher are licensed pilots, and have regularly attended the Annual Sentimental Journey to Cub Haven Fly-in at Lock Haven where many Piper airplanes come back to their birthplace. This is truly a wonderful gift for the museum from two people who have looked after this special airplane with love and passion over the years.

Howard (Pug) Piper was a big supporter of the Comanche 400 project with its new 400-hp IO-720 engine. In all, 148 Piper Comanche 400s were manufactured. Serial number 26-3, or “8400 papa” as it is better known, was completed in September of 1963, and used by the Piper engineering department at Lock Haven until 1966 before it was passed to the Piper sales department and sold later that year.

Prior to the Fishers purchasing the airplane in May of 1989, it had been owned by five different owners across the U.S. in Ohio, Washington State, Michigan, Pennsylvania and New York. During the 1990s, the Fishers had restored the airplane to a beautiful and nearly original condition. The Comanche 400 is now home, and is on display in the hangar of the Piper Aviation Museum for visitors to enjoy for years to come.

The Piper Aviation Museum welcomes donations and is open every day between March and December. You will find the museum in the old Piper Engineering building at the W.T. Piper Memorial Airport in Lock Haven, Pa. For museum hours and other information, visit: www.pipermuseum.com. 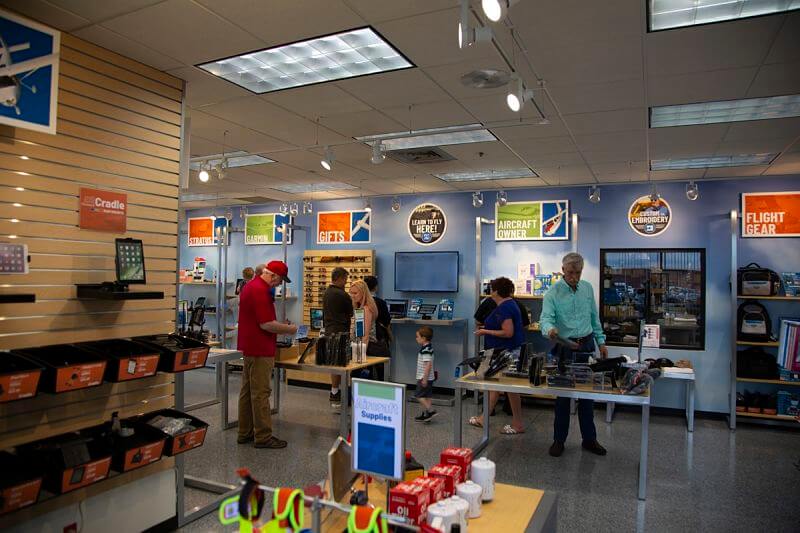 The Form-A-Funnel® is now in Stock at Aircraft Spruce