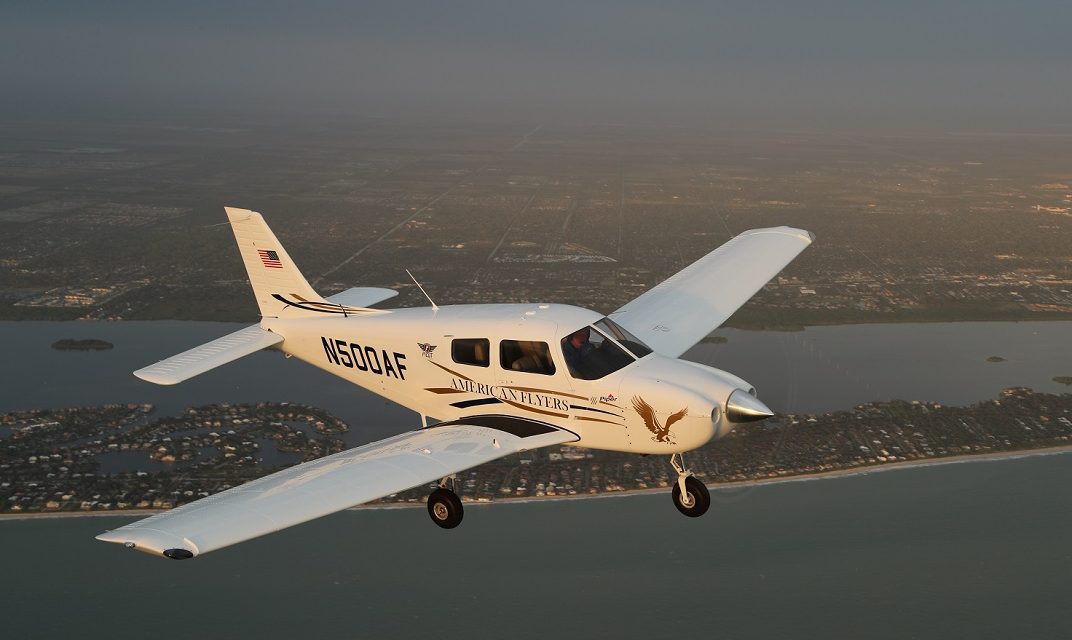 December 15, 2020 – Piper Aircraft announced today that it has received type certification from the Federal Aviation Administration (FAA) for the Pilot 100.  The Pilot 100, which was announced during Sun-n-Fun in 2019, is the value priced addition to Piper’s trainer-class line. Following certification, Piper began deliveries to its launch customer, American Flyers, who will be taking delivery of eight (8) Pilot 100i aircraft by the end of 2020.

“We are excited to add the Pilot 100 series to our training product line at a price point that provides optimal economics for all operators,” said Piper President and CEO, Simon Caldecott. “During these uncertain times, our team has continued to remain focused and has worked diligently to bring to market an aggressively priced, proven trainer that offers the advanced systems and performance that flight schools and airline programs of all sizes desire.”

The new Piper Pilot 100i rounds off Piper’s portfolio of training aircraft products. With five model series (Pilot 100i, Archer TX, Archer DX, Arrow, and Seminole) the company offers the widest range of training aircraft of any aircraft manufacturer, and meets all the individual needs of its training operators and customers. For 2021, flight schools now have an option for a factory new, robust trainer that is priced under $300,000 and is IFR equipped with digital autopilot.

“The Piper Pilot 100i is the perfect mix of simplicity and technology. The G3X avionics suite is the only glass platform that allows for toggling between round dial and tape displays in a touchscreen format.  This outperformed the G1000 suite on so many levels and was the primary reason we selected the Pilot 100i,” said American Flyers’ National Chief Pilot, Steven Daun.

About the Piper Pilot 100i

The Piper Pilot 100i provides flight schools with professional training aircraft that offer a value proposition, which translates into lower operating costs that can result in lower priced initial training courses. Standard instrumentation includes the Garmin G3X system, which offers all the advantages of a glass cockpit without the costs. The Pilot 100i is powered by the 180hp Lycoming IO-360-B4A which offers 128 ktas / 237 km/h max cruise speed and 522 nm range with 45-minute reserve.  Designed around direct input from flight instructors and students, the Pilot 100i’s interior is simple, yet functional and was specifically crafted to withstand the rigors of flight training.

Established in Ft. Worth, Texas, in 1939, American Flyers was an airline and flight-training facility when they realized that there was a shortage of quality pilots and flight instructors. American Flyers was one of a few civilian flight schools chosen to train military pilots in primary training during WWII. Their training style and success, which gained them credibility with the government during that time, has continued and refined over the last 81 years with new advancements in aviation. They are known for private, commercial and finish-up flight training with six locations in the United States. In addition, American Flyers has trained more flight instructors than any other flight school in the world.