For the first time, an M600 production aircraft (serial number 10) will be prominently positioned on the static display at Orlando Executive Airport, while a full size mock-up of Piper’s top-of-the-line, single-engine business aircraft will grace the convention hall complete with its advanced Garmin G3000 avionics display. In addition to the M600 aircraft positioned at Orlando Executive Airport, an M350 will also be on display.

“This is a meaningful debut for the M600 because of the business demographic at NBAA BACE,” said Piper Aircraft CEO Simon Caldecott. “The six-seat, Pratt & Whitney PT-6-powered aircraft is quickly becoming the ideal aircraft for those seeking an elegant cabin and a substantial reduction in pilot workload. The built-in safety features and increased range make it the best value in this class of aircraft at under $3 million. It is also gaining increasing attention from business flight departments looking for more economical solutions in both acquisition and operating costs.”

About M600 – The M600, the most advanced and capable aircraft in Piper’s M-class line up, seats six and is powered by Pratt & Whitney PT6A-42A turboprop engine flat rated at 600 SHP. The aircraft has a maximum speed of 274 ktas / 507 km/h at maximum available power settings and has a max range of 1,484 nm / 2,748 km at intermediate cruise settings. The M600 features the most sophisticated general aviation avionics suite available from Garmin. The Garmin G3000 offers industry-leading intuitiveness and powerful avionics capabilities. Innovative pilot interface design allows for easy and efficient flight deck management, increasing safety margins and reducing pilot workload. Ergonomically crafted for the pilot, control of radios, audio and intercom channels, transponder codes, charts, mapping, flight plan entry and system set up have been greatly simplified with the Garmin GTC 570 touchscreen controller. The dual GTC 570s provide a centralized point of access for the majority of all avionics tuning, selection and data inputs. The M600 has enhanced safety features including Emergency Descent Mode, Electronic Stability Protection, Level Model and Underspeed / Overspeed Protection.

The aesthetics, ergonomics and technologies of the new Piper M600 aircraft redefine comfort and convenience. The M600 interior features newly styled seats, which have been optimized for comfort, as well as enhanced side panels with improved passenger interface. Additionally, three new color palettes have thoughtfully been created with the customer in mind. A comprehensive survey process helped identify the features and attributes that would be most appreciated by both pilots and customers including USB charging ports, executive folding tables, and folding seats. The 2016 M600 is listed at a competitive price of $2.853 million.

About Piper M-Class Aircraft – Piper M-Class aircraft offer Piper performance and safety, built upon a proven airframe that has been an industry standard for years. Three refined, cabin class derivatives comprise the full line: the M600, Meridian M500, and the M350; the Matrix is also part of the M-Class family. Each product fits its own niche and price point, and each aircraft provides a seamless step-up to the next level. Created to maximize the business and private travel experience, the M-Class line offers market-leading safety, as well as performance, efficiency, and value. 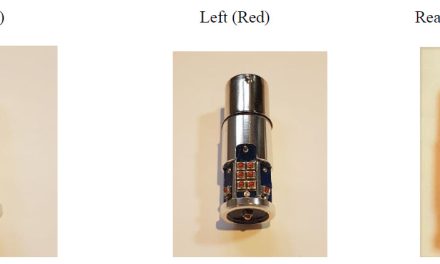 NATA Celebrates 75 Years as the Voice of Aviation Business