How to Fix Sediment in a Piper Fuel Tank 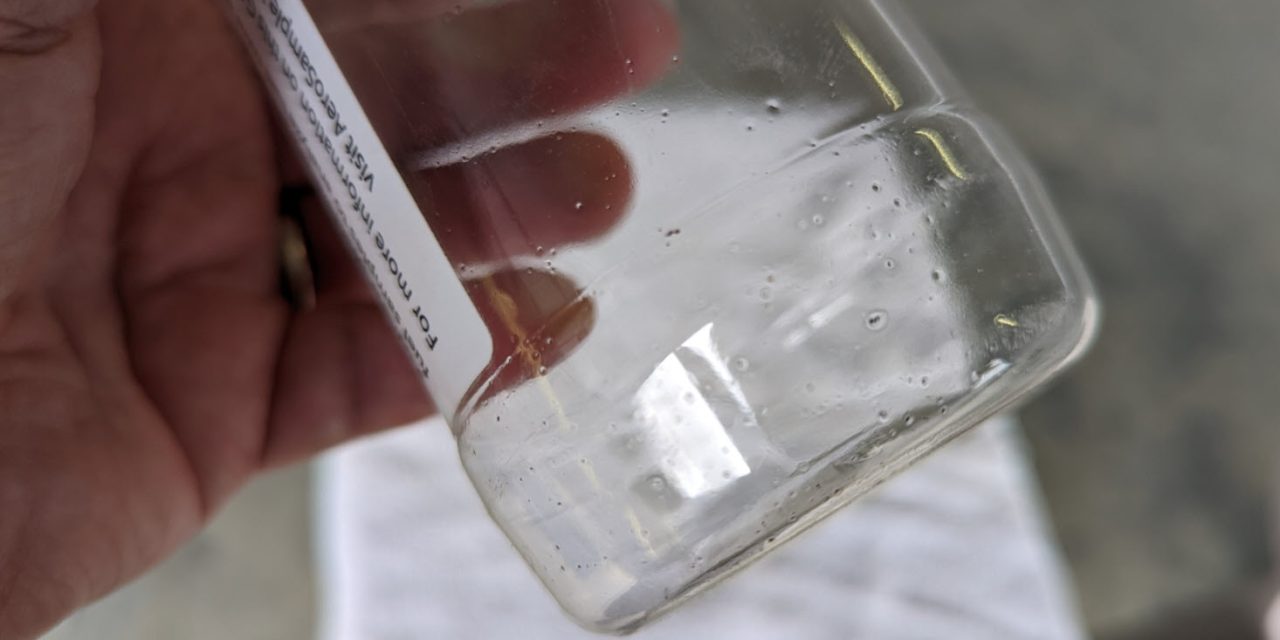 What should you do if you get sediment in the fuel tank of your Piper airplane? That happened to a member of the Piper Owner Society, and he sought help. As usual, he was given great advice both related to cleaning the tank, and also what to do about the source of the problem.

This article is summarized from the Piper forum discussion.

Sediment in Piper Fuel Tank: What To Do if Your Fuel Gets Dirty

“After flying the same aircraft for 20 years and never finding a drop of water or a spec of sediment, my FBO seems to have gotten hold of a batch of fuel that (in my opinion) is contaminated. I don’t know what the spec is for acceptable amount or size of sediment but some brief reading seems to indicate that, if it’s visible, it’s bad. I’ve had a few “chunks” that were 0.5mm x 2.5mm. Those are the exceptions but there’s plenty of fine grit.

It started when I topped off the tanks about 6 weeks ago. I found it when I sumped the tanks and gascolator on the next preflight. The flight school had two aircraft that, apparently, experienced the same issue. They discovered it on run-up with a student, when the RPMs were fluctuating wildly. The FBO’s shop sumped a few gallons from each of my tanks and said they didn’t find any sediment. I think they weren’t looking closely enough. They also removed a cleaned the gascolator and said they didn’t see any sediment there either.

I’ve topped my tanks off twice since then and there’s been sediment each time. The last top-off – just a week ago – didn’t have nearly as much sediment as the two previous ones. The worst of the sediment comes from the gascolator sump (which tells me what’s been drawn into the system as a result of the last time the engine was run).

When the sediment issue started, I also started to experience problems starting the engine. It won’t start with the fuel pump on – contrary to the official Piper checklist. It also requires “pumping” the throttle. Priming appears to not work at all. It’s taken close to 20 minutes to start the thing on the last three flights. And the RPMs vary by 50-200 RPM. Now I’m feeling like I’m taking a risk flying the plane. I think the sediment has already clogged the carb jets and wherever all of the filters are in the system, they must be compromised, as well. I haven’t noticed the RPM variation after run-up nor have I experienced any in-flight.

Is this amount of sediment acceptable? I know it’s not “normal” because I’ve never seen it before.”

Answers for the problem of a dirty Piper fuel tank, summarized from the forum discussion.

I have had my bouts with sediment in the past from contaminated fuel. I use a GATS jar like yours and it will trap EVERYTHING. Here is what I have done:

Eventually my sediment mostly disappeared but every now and then that GATS jar will stop a few small particles but that is what filters, drains, and the gascolator are for and the reason we sump after every fill-up.

That “sediment” does not look like tank sealant, so I’d agree…you got a bad load of fuel. Also agree 100% with Mike, bring it to the attention of the FBO! You don’t want your fellow pilots to get hurt (or worse) because of a bad load of fuel. Make it known immediately!

Bad news: the filters in the fuel pump at the FBO should have caught that crud, but they didn’t. Time for the FBO to install new filters.

Good news: There are fuel filters in our aircraft that should trap all that crud before it reaches the carb, so while not impossible, it’s unlikely that the crud is causing a rough idle.

Most likely, the entire load of fuel you received is either contaminated or has gone bad, and that is what is causing the rough running engine. I wouldn’t fly with it. Instead, I’d take Mike’s suggestion a step further and completely drain your tanks, then fill them with known good fuel. Bring good fuel to your airplane in “Jerry cans” from another source until you have enough to fly elsewhere and fill up.

Strain the “bad” fuel through a coffee filter and use it in your lawn equipment.

I would send the FBO a nicely worded email and/or mail explaining the issues + your concerns on risks and copying yourself and perhaps the airport operator. I would also insist on coverage for the actual cost to restore your plane.

I think you will need to not only purge lines looking for debris but also check all filters and strainers including any tank strainers. I would do your best to capture everything and I would also buy a new 5 gallon gas container and have them fill it up. You could strain this and inspect. They might have solved it by now or you might capture the issue. I would take pics of them filling it.

The Right Way to Rig