John’s Comanche was the cover plane for the April 2020 issue of PIPERS.

I’ve only owned this Comanche for less than 10% of its history. It’s more than 50 years old and I’ve barely owned it 5 years. It’s been a difference maker in winning more than one business deal. I’ve lost count of the $100 hamburgers. It’s flown families and patients from the far-flung corners to major medical centers, and it’s even been on at least one late night drug run (more on that later).

The best part of the 260B is there’s really not much it can’t do. Sure, there are planes in its class that are a little faster, haul a little more, or land a little shorter, but I’ve yet to find one that does it all as well as the Comanche. With three big 6.00-6 tires, it’s at home on grass strips. Inside, the cabin is wider than a Bonanza. If it fits, it will fly. When it’s just me in the plane headed out for a business trip or meeting, holding somewhere between Vx and Vy, it’s easy to exceed 1,000 fpm. It’s easy to be at pattern altitude before I’ve reached the far end my home airport’s 6,000-foot runway in North Texas. Coming out of Durango, Colorado, fully loaded with family and packed to the gills with skis and gear, we comfortably climb over 500 fpm. Above 6,000 feet, I’ll fly it firewalled and it’s happiest and fastest around 9,000 feet. It trues out usually somewhere between 160 and 165 knots and somewhere around 12-13 gph. It’s happy to fly up high and with portable oxygen, we’re happy to go searching for favorable winds. Some people complain that the plane is hard to land. Coming in hot, it’s easy to arrive nose wheel first because it’s the same big wheel as the mains. If you can hold an approach speed, and remember to give it some aft trim, it’s great. It has a big laminar flow wing that when it wants to quit flying, it quits in a hurry. Greasers come more often for me when I get it within a foot or two of the runway — hopefully without much excess speed to bleed — and just wait for it to quit flying. I would describe handling as fluid, responsive, and smooth. It rewards the precise pilot and will punish the sloppy.

The Comanche is one of the most robust and well-built airframes ever made in general aviation. The wing spar looks like an I-beam from a skyscraper. It comes right through the cabin under the rear seat. The fact that Piper decided to zinc chromate the airframe has protected them well against corrosion. Part of the problem with Comanche owners is that we’re in love affairs with our airplanes, and no, we don’t give them up easily. When you find one, and even one that needs some love, grab it. I’m beginning to see more and more stories of these planes being rescued. It’ll involve finding an A&P/IA who will let you turn a wrench, but when you know your plane, there’s nothing better. Bottom line advice: Get a good prebuy from a good Comanche A&P.

The worst part of the Comanche is that it’s old. Even so, parts support is good from a good network of suppliers. There’s no shortage of great advice from the brain trust of the Comanche community known as simply, “the tribe.”

I fly with my tool bag. It’s kept me out of jams and always gotten me safely home. There are two ADs that come to mind that can be particularly expensive if not addressed. The first is the 1,000-hour gear inspection and the second is the tail-horn inspection. The tail horn can be handled by replacing with the “Aussie horn,” which eliminates any reinspection ever. A pencil-whipped 1,000-hour gear inspection will likely end up in a gear failure at some point before you knew there was ever a problem.

In the hours after the landfall of Hurricane Harvey, a friend of a friend posted in one of our aviation social media groups that that they needed a plane to fly supplies to Houston within a few hours. One of the largest drug suppliers could not get trucks into or out of their warehouse and the next best way was to fly drugs from North Texas direct to William P Hobby Airport (HOU) in Houston.

Armed with only a screwdriver, it was all I needed to remove the back seats in less than 20 minutes. I met two other aircraft, and we loaded the planes in the waning twilight with somewhere more than 100 crates of chemo, antibiotics, and other drugs. We fit more than 30 in the Comanche.

We approached Houston’s airspace riding the backside of Harvey’s tailwinds only to hear helicopters still doing medevac flights and a few military helicopters coming in and out. We all three landed within a couple minutes of each other, taxied to the ramp, and unloaded everything to a waiting box truck.

For my mission of taking myself to meetings and family on vacation from Colorado to Atlanta, I’ve yet to find another type that is as good as the Comanche. I’ve had multiple opportunities to think about “upgrading.” The problem is, it’ll cost anywhere from $100,000 to $500,000 more to gain any appreciable improvement in what the Comanche 260B already does for our family.

If I could wave a magic wand and change anything about the Comanche, I’d bring it back into production. The Comanche is a testament to amazing engineering and robust aircraft design. With a little love, a few busted knuckles, and resourcefulness, I am confident we’re going to keep the Comanche flying for years to come. 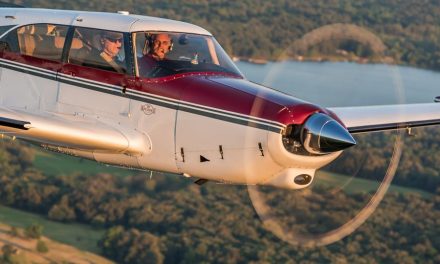 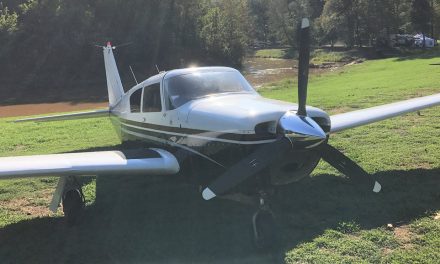